What is Cappadocia famous for?

You should visit Cappadocia at least once in your life. The rock formations and hot air ballooning in Cappadocia are well-known. The scenery, which includes fairy chimneys, tuff cones, and underground cities, seems like something out of a fairytale. Cappadocia is a UNESCO World Heritage Site and a true natural wonder. Cappadocia is a fantastic summer and winter vacation location.

Cappadocia is a region of Turkey in the centre. The “fairy chimneys” are the most famous feature of the fairytale landscape. These bizarre rock pillars were created because the rainwater washed away the soft stone at the bottom faster than the hard stone at the top. According to many legends in this area, fairies live in the rocks.

In a city underground, there are cave houses, cave churches, graves, and storage space. Cappadocia features a total of 36 underground cities that were used as safe havens for competing tribes' attacks. The largest and most well-known underground city is Kaymakli. It has a complex of tunnels over several stories, as well as oxygen ducts. If you dare, you can visit the first four floors! 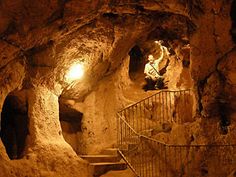 Spend a night in cave.

For ages, Cappadocians have lived in caves rather than buildings. Because the rocks are relatively soft, the people were protected from hot summers and chilly winters. In Cappadocia, you may now spend the night in a cave hotel. It is a memorable experience whether you stay in a cheap and simple cave hotel or a magnificent cave hotel. 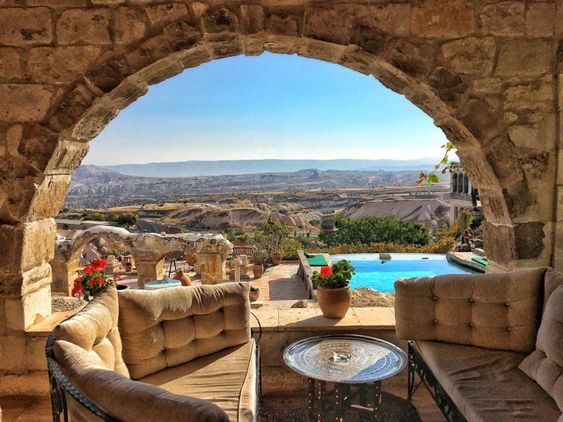 Cappadocia is the best spot on earth for a hot air balloon ride. Imagine taking off just before sunrise and floating silently over a magical scene. The best way to appreciate the beauty of this area is from the air. 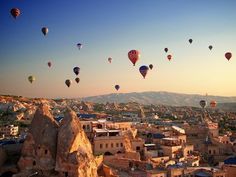 Because the area is so huge and public transportation isn't designed to take tourists to lovely places, booking one of the many trips available is a good option. If you don't have your own transportation, this is a good way to go to the more remote locations. The Goreme Open Air Museum, Monks Valley, Devrent Valley, Kaymakli and Derinkuyu underground cities, Pasabag, and Uchisar are the most well-known attractions in Cappadocia.