Well, it is an honor for me to write an article about my birthplace”wahcantt”.it is a military cantonment having the highest literacy rate located in the middle of margalla hills, north-west of Islamabad and Rawalpindi, Pakistan. The nearest station of Wah is Taxila and hassanabdal, both cities having strong background history then why not wahcantt would have!!

If we look on to the history of Wah, once the Jahangir’s army was coming back from Kashmir mission, they were looking for a place to sit and had some rest. After some hardship, they have found a place where there was a natural source of water. When king saw that natural source of spring, he said “Wah” and from that day this place has been called as “Wah”.

The king had also made “wahgarden” at that place which is still present having proof of natural spring of cool water. 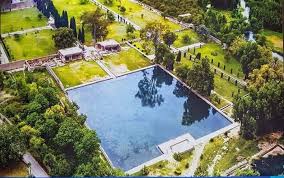 Now, it is the most advanced and developed place in the country where Pakistan ordnance factory is headquarter. POF is an Asia largest weapon factory, working under the highly confidential area wahcantt. At least 5000 and above people have source of income from this factory. Almost every year a new general assign to this town this brings new change every time. POF provide a free hospital facility, transport facility to its citizens. Basically POF is the heart of wahcantt.

There are two big markets over here.you can get every Pakistani brands in those markets .there are three four star hotels near its territory and its own POF guest house.it is also called as mini Islamabad because of its perks.it is a very peace living town for a dream living. The main advantage of wahcantt is the people can go Islamabad, Rawalpindi and Abbottabad in a very less time which other big city people can’t do.

There is another picnic spot near Wah is khan purr dam where you can do paragliding, boating etc.A pleasant town within the lush green margalla hills will definitely inspire you.